A writer for twenty years and award-winning author of nine books, Susan Tepper, has been published worldwide working in all genres of stories, poems, interviews, essays and opinion columns. Susan has been nominated eighteen times for the Pushcart Prize, and received a Pulitzer Prize nomination for the novel What May Have Been, currently being adapted for the stage.

In her new novel, What Drives Men, the reader accompanies protagonist Russell, a Gulf War veteran with more flaws than a high-schooler’s end term essay, and his charge, horn-dog Billy Bud Wilcox, a washed-up, country-western star, on a road trip across America’s Heartland.

SPLASH sat down with Susan to find out more about What Drives Men, that’s reminiscent of a Coen Brothers’ film.

SPLASH: What Drives Men is said to be perceptive, surrealistic and darkly funny. What do you think?

ST: I most definitely agree that the book is darkly funny.  It was so much fun writing these characters with their quirks and foibles.  Writing is always play-time for me.   Even very serious writing.  My work space is a small room (9 by 9) off a rear mud room that leads to my kitchen.  So I would write a bit, then start dinner, then write, then stir and chop, etc etc.  It was the dead of winter approximately 7 years ago, when what began as a story about a man who gets attacked by a squirrel, while walking home from town on a perfect sunny day, morphed into this road novel, What Drives Men.  By the way, that was long before squirrels began jumping on people!  I tend to write what I need.  I suppose I needed a respite from winter, though the book moves fairly quickly into a winter scenario as they drive from Jersey to Pennsylvania and beyond.  I do recall it being a very cold, dark and icy winter here.  I think that weather affects behaviors.  The British have been known to say ‘we are the way we are because of the weather.’  The scenes in my book are often propelled by the weather conditions at a particular moment of the story.  When the five of them all become sick to death of driving through snow and sleet, the other four of them form a kind of posse against Russell, the driver of the car and the central character.  The rest of them put him through a kind of hell as if he were responsible for them being in the car.  Which, of course, is exactly the opposite!  I like that people found the book somewhat surreal and perceptive.  I’m good at mentally visualizing my characters and scenes, and I think I have the knack to jump into the characters and feel what they are feeling, and proceed accordingly.  I also feel that the writer should never ‘judge’ their characters, but simply let them be.  The characters will know what to do. 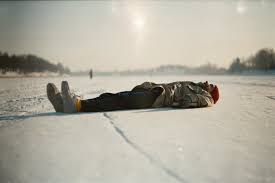 SPLASH: The format of your new book is atypical of most novels. Tell us about that?

ST: Lately I’ve noticed a lot of novels are being written in short chapters that build to a loose but defined ending.  If that’s due to our so-called shortened attention spans, maybe it explains this shortened chapter form authors are choosing.  I happen to enjoy writing books in both the long and short chapters. This book took on its own organic form.  It knew when to end.  I sat back and let it do its thing.  I know that may sound odd but it’s part of allowing the characters, scenes, and lengths of things that go on in a book to follow a natural pattern.  People have mentioned it’s an easy way for them to keep the story in their head. (I guess bookmarks will soon become obsolete! Though I love bookmarks!).  One thing for sure about short chapters is that they move the narrative along more quickly.  Since my book takes place on the road (except for brief motel and food stops, and some other diversions) the short chapters help the reader spin along at the same pace.  I think it works well here. 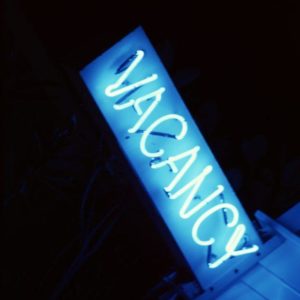 SPLASH: What is your writing process like? How was it the same or different for this book?

ST: To be perfectly honest, I never know what’s going to happen.  I sit down and write practically every day.  It’s the best part of my day because I am the boss!  And there are no interruptions while I write.  After each day working on a novel, I end up writing a poem. It’s a sort of release from the narrative which has to make some kind of sense.  With poetry, I’m much more surreal.

SPLASH: How do you get into a character’s head?

ST: It’s an old actors trick:  Immersion.  I was method-actor trained.  I see the character, and the more I write the clearer the character comes through.  I did about twelve revisions on this book from the beginning.  Each time the characters got clearer and clearer.  Then they took more risks.  That’s when the writing becomes very exciting.  When they are flying on the page with all their juicy nonsense, and you have become just the typist.

SPLASH: What is the message you’d like readers to take-away?

ST: I want to know that people had a good time with the book.  That it engaged their senses. That they enjoyed themselves and maybe laughed out loud in places.  If there are some profound moments, where the reader connects, that’s always a good thing.  I don’t try for that.  I don’t manipulate.  But if you write for real, people will connect.  Because, when you come down to it, life is all about connectedness. 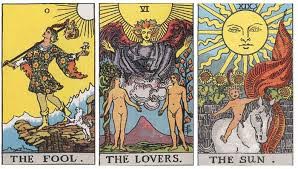 What Drives Men is available on AMAZON.

Photos courtesy of author and Shutterstock.

A writer for twenty years, she has also worked as an actor, singer, flight attendant, marketing manager, Cable TV producer, overseas tour guide, interior decorator, rescue worker and more. She blames it all on a wide interest range. Currently she is working on adapting her novel ‘What May Have Been’ to a stage play. She lives with her husband and her dog, a large Rottie with a big bark.